One Doctor’s Story
How Epic Gave His Patient a Voice

Epic’s power to enhance care and “Give Patients a Voice” is evident in this doctor’s account of a recent patient encounter:

Dr. Andrew Covit, a kidney specialist with Nephrology-Hypertension Associates of Central New Jersey, was making rounds at Raritan Bay Medical Center-Old Bridge when he was called for a consult on a critically ill patient new to his practice.

The patient was in septic shock from possible pneumonia and had a rising creatinine level consistent with an acute kidney injury. Intubated and unable to communicate, the patient couldn’t supply any information on his illness, and there was no answer at any of his emergency contact numbers.

His private physician didn’t have hospital privileges at Raritan Bay and, when called, was being covered by another physician who did not have access to the primary physician’s patient information. 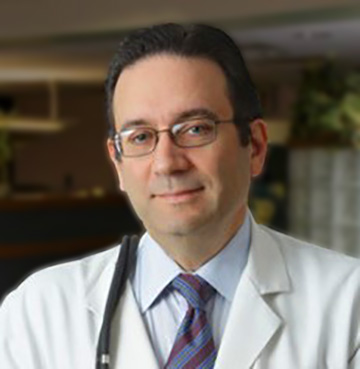 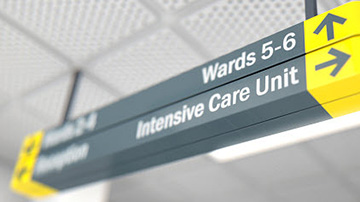 According to Dr. Covit, it was an unfortunate illustration of the oft-told tale of being forced to care for a patient without adequate background information while trying to provide the best management possible.

While accessing the Hackensack-Meridian version of Epic in use at that hospital, Dr. Covit began scrolling through the patient’s past history, and came across a hospital encounter from 2016 — more than three years before Epic was deployed at Raritan Bay-Old Bridge. Curious, he clicked on the encounter, and it opened a hospitalization record from Robert Wood Johnson University Hospital in New Brunswick.

“Seeing that his present kidney function appeared to be only minimally worse than five years ago changed our entire clinical perspective,” said Dr. Covit. “Initiating dialysis might have resulted in further complications.”

Instead, the patient was prescribed several days of hydration and antibiotics resulting in an improvement in kidney function back to his baseline, along with improved blood pressures and respiratory status.

“Traditionally, hospitals have treated their clinical information as a protected resource, available only to those lucky enough to be inside the bubble. But sometimes, patients don’t end up at the hospital of their choice,” said Dr. Covit. “Having immediate access to patient records across multiple facilities in a geographic region through Epic is unprecedented and revolutionary.”

According to Epic IT Project Lead Jordan Ruch, the embedded data sharing capabilities were one of the most important reasons RWJBH selected Epic as our go-forward EMR.

“Seeing how our providers can leverage this technology, and have a direct impact on patient care, is extremely exciting,” said Jordan. “We have a first-class Epic Together team working tremendously hard to roll out this system for our providers and the communities we serve.”

Dr. Andrew Covit is part of RWJBH’s “Physician Champions” program, serving as the key contact for his specialty throughout this project’s pre-implementation, Go-Live, and stabilization phases.