For the second time in less than a year, the Epic Together project scored a “Perfect 10” during Epic’s Gold Stars review of our implementation, becoming the only Epic customer to achieve that distinction.

RWJBarnabas Health’s Gold Stars 10 ranking during the implementation phase of both Waves 2 and 3 was a historic first for the Epic corporation, placing us higher than most of the nation’s top healthcare providers, including the Mayo Clinic, Johns Hopkins, the Cleveland Clinic, and Cedars-Sinai, and putting us in the top 0.3% of all Epic users, nationwide.

Epic founder and CEO Judy Faulkner announced that RWJBH had earned a second Gold Stars 10 ranking at last week’s User Group Meeting (UGM) at Epic’s corporate headquarters in Verona, Wisconsin, before a huge audience of healthcare professionals from across the country.

“While the challenges of COVID-19 stretched our resources to the limit over the past year, the Epic Together team achieved a Gold Stars 10 designation faster than any other healthcare group in the company’s 43-year-history,” said Dr. Rob Adamson, Executive Vice President and Chief Information Officer about Epic’s Gold Stars program which measures the adoption of the best workflows. “I am so proud of our operational leaders for their adoption and our Epic Together team for building one of the best Epic systems in the world.”

According to Jordan Ruch, Chief Technology Officer and Epic IT Project Director, this tremendous accomplishment is measurable evidence that RWJBH is at the top of Health IT across the country. “Only 17 organizations were recognized in 2022,” said Jordan. “After all the hard work building, deploying, and supporting this Epic system, we are being nationally recognized for our efforts.” 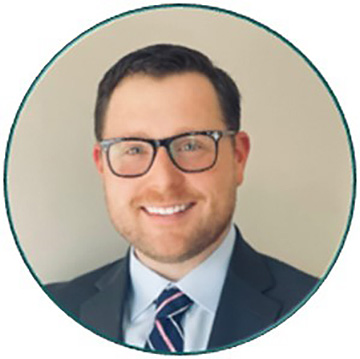 Special thanks to Brian Dobosh, Vice President, Digital Systems, whose dedication and perseverance in tracking our journey to 10, contributed significantly to this achievement. “Brian’s steadfast determination and tenacity kept the entire team focused on our goal,” Jordan said. “His enthusiasm and drive were just what we needed to help us keep our eyes on the prize.”